For Visit 18, MinD colleagues met at the Nottinghamshire Healthcare NHS Foundation Trust (NHT) and the University of Wolverhampton (UW). The aim of the secondment was twofold: Firstly, the team worked with Public and Patient Involvement (PPI) to gain feedback on design ideas previously generated to help make decisions about with ideas to take forward to realization. Secondly, the team began considerations of how the design prototypes will be evaluated with users.

To achieve the first aim, a PPI event was organized for Wednesday 18 October by colleagues from Nottinghamshire NHS Healthcare Trust and colleagues of the MinD team. The event was prepared during the first secondment week (9 to 13 October), where aspects such as the number of participants involved, the co-production process and session structure were discussed. The event was attended by 7 PPI participants (5 people with lived experience of dementia, 2 caregivers) who offered feedback on the 13 shortlisted design ideas in the morning, information on which had been sent to participants some days before. Some of the participants also stayed for the afternoon, when a colleague from Alzheimer Europe and member of the European Working Group of People with Dementia joined via Skype also to give their feedback.

With the help of the PPI groups in Berlin and Barcelona in September, and in Nottingham in October, at the subsequent management meeting, the team made the decision to take forward to groups od design ideas: The ‘Good Life Kit’ to help people with dementia to deal with their condition positively and openly, and the ‘Social Engagement Map’ which aims to help people with dementia stay socially connected and engaged. Both ideas will contain a number of features, which will be determined and developed through further PPI and co-design sessions with people with dementia and carers.

The second aim was to start the planning and preparation of the evaluation phase in the third year. Discussions included consideration of the methodologies for co-production and co-evaluation as well as about assessment tools and how these may be adapted for evaluation of the designs with people with dementia. A workshop on “soft evaluation” with invited external researchers was held on 19th October at the University of Wolverhampton to broaden and enrich the discussion and reach out to and learn from researchers with similar interests. 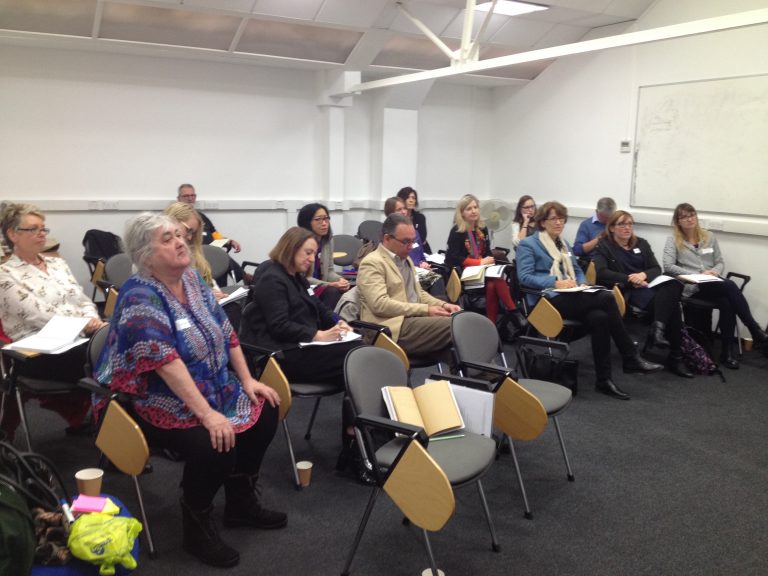